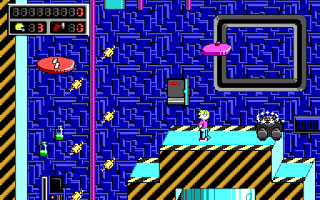 Genre: Action
Perspective: Bird's-eye view, Side view
Visual: 2D scrolling
Gameplay: Platform
Setting: Sci-fi / futuristic
Published by: Apogee Software
Developed by: id Software
Released: 1991
Platform: DOS
In The Armageddon Machine, Keen travels to the gigantic space station of the Armageddon Machine and destroys its subsystems located on each level. On the way, he learns that the Shikadi race is controlled by a certain person named "Gannalech". After he reaches the last level and destroys a key part of the Machine, the Shikadi leave the station, while Keen himself investigates the control room in order to find out why Shikadi wanted to destroy the galaxy. There he finds a note from his high school rival Mortimer McMire, the final boss of the Vorticons trilogy. The note states that McMire, who was killed in the previous game, was just a replica, and "Gannalech" is just a bad pronunciation of his title, Grand Intellect. The note ends with the Armageddon Machine being just a distraction, and McMire actually wants to destroy the entire universe. After Keene leaves the station, the game screen focuses on a soccer helmet with two Ms left in the room. 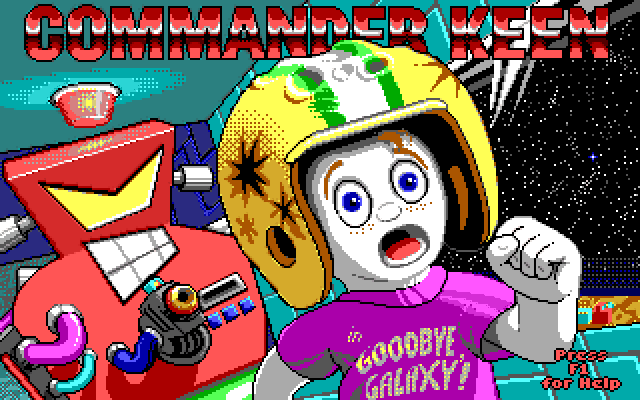