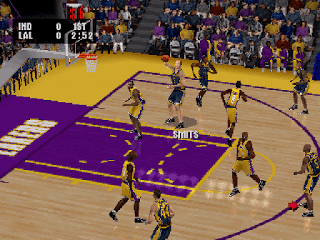 Genre: Sports
Perspective: Bird's-eye view
Interface: Direct control
Sport: Basketball
Published by: Electronic Arts
Developed by: Electronic Arts Canada, NuFX
Released: 2001
Platform: PlayStation (PSX, PS1)
NBA Live 2001 is the next game in the NBA series from EA Sports. It was developed for a year and a half, but despite such a long period for this series, there is only one big change - the three-point shooting competition has been removed. Everything else is the same as in NBA Live 2000.
‹
›
Home
View web version