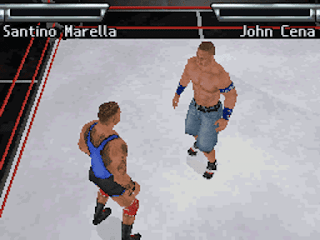 Genre: Sports
Sport: Wrestling
Published by: THQ Inc.
Developed by: Tose Co.
Released: 2009
Platform: Nintendo DS (NDS)
The game is based on the World Wrestling Entertainment (now WWE) professional wrestling promotion and is named after the promotion's two brands: SmackDown and Raw. It also features the former third brand of the ECW promotion. It is also the latest game to feature the ECW brand name in its title. As in previous games in the series, WWE SmackDown vs. Raw 2010 engages players to compete in different professional wrestling matches, either as one of the characters in the WWE roster-based game or as a character created in WWE Superstar Create mode.
‹
›
Home
View web version