The Adventure of Little Ralph (PS1) 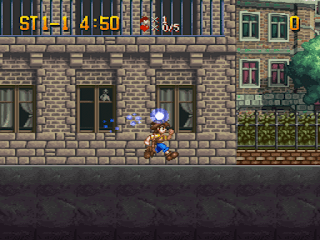 Genre: Action
Perspective: Side view
Gameplay: Fighting, Platform, Puzzle elements
Published by: NEW Corporation
Developed by: NEW Corporation
Released: 1999
Platform: PlayStation (PSX, PS1)
This game is little known to players as, say, the Castlevania series, but "The Adventures of Little Ralph" is so good that it will certainly appeal to all fans of classic platformers. In this game, the player will take control of Ralph, who was turned into a little boy by demons who invaded his home country. He has to go through many levels filled with enemies, traps, hidden locations, and a great many well-hidden secrets, and in this Ralph will be helped by his trusty sword and animal friends.
‹
›
Home
View web version