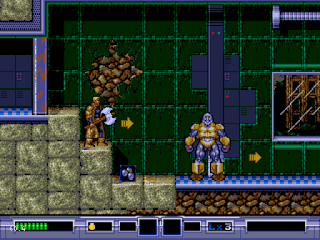 Genre: Action
Perspective: Side view
Gameplay: Arcade, Fighting, Platform
Setting: Post-apocalyptic
Published by: SEGA of America
Developed by: Malibu Interactive
Released: 1992
Platform: SEGA Genesis / Mega Drive
According to the creators of the game, by 2055 the Earth will be brought to the brink of biological and genetic disaster. Most people, due to radiation and viruses, will turn into mutants. And then one cyborg scientist decides to revive humanity with the help of 6 young people of both sexes. True, four of them are kidnapped, so only two remain at your disposal - a guy with an ax and a girl with nunchucks. Choose a hero - and into battle. The character will have to walk through the levels, fight monsters and overcome traps, collect and use various weapons. Single player game with three difficulty levels.
‹
›
Home
View web version