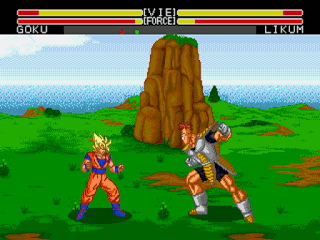 Genre: Action
Perspective: Side view
Visual: 2D scrolling
Art: Anime / manga
Gameplay: Fighting
Narrative: Martial arts
Published by: Bandai S.A.
Developed by: Tose Co.
Released: 1994
Platform: SEGA Genesis / Mega Drive
A very colorful and beautiful game that adheres to its own style. There are many innovations in the fighting game genre. For example, a map that shows where the player is, in connection with which the screen can be divided into two parts. Also a special streak of life, and an infrequent level of power. There are eleven characters in the game, each with their own special attacks and techniques.
‹
›
Home
View web version