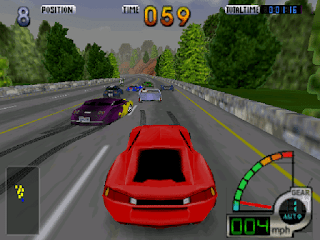 Genre: Racing / driving
Perspective: Behind view
Vehicular: Automobile
Published by: Midway Home Entertainment
Developed by: Atari Games Corporation
Released: 1999
Platform: Nintendo 64 (N64)
Excellent car racing. Simple but tasteful. You can hold a separate race or an entire championship, the duration of which depends on the chosen difficulty. If all the races are successful, then a freaky track will become available - a miniature copy of the state of California, during which you can destroy entire cities! In general, the game is recommended to everyone. A good version for several players as well.
‹
›
Home
View web version