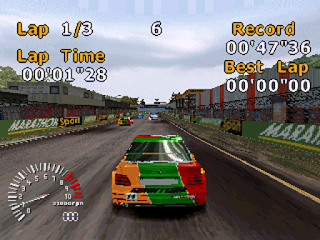 Genre: Racing / driving
Perspective: Behind view
Vehicular: Automobile, Track racing
Published by: Phoenix Games Ltd.
Developed by: Kung Fu Games
Released: 2003
Platform: PlayStation (PSX, PS1)
At your disposal are ten tracks, ten cars and five race options in different classes that do not differ much from each other, as well as cars, the behavior of which on the road is completely identical. 5 Star Racing is an unremarkable game and in fact is a clone of similar racing games, for example, the All Star Racing series, even the musical accompaniment migrated from the aforementioned games. The graphics of the game are quite consistent with their time and platform, the controls are tight, but you can get used to it.
‹
›
Home
View web version