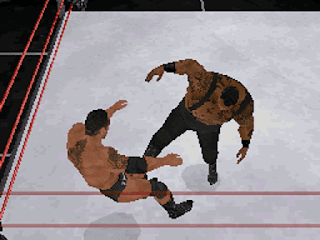 Genre: Sports
Perspective: 3rd-person
Sport: Wrestling
Published by: THQ Inc.
Developed by: Tose Co.
Released: 2008
Platform: Nintendo DS (NDS)
WWE SmackDown vs. Raw 2009 has undergone significant improvements over the previous installments, as well as new features. Thanks to the Create-a-Finisher function, you can create your own unique ending attacks from over five hundred different animations, and with the help of Highlight Reel you can even make videos of your battles.
The game features over 60 stars from Smackdown, Raw and ECW, as well as two story modes: Road to Wrestlemania and Career. The first of them allows you to play the story for six wrestlers - Triple H, CM Punk, Chris Jericho, Undertaker and John Cena, as well as play in co-op for Batista and Ray Mysterio. Career mode replaced the General Manager mode from the previous installments. It gives you the opportunity to pursue a career as a wrestling superstar and transform your created fighter into a cool wrestler.
‹
›
Home
View web version