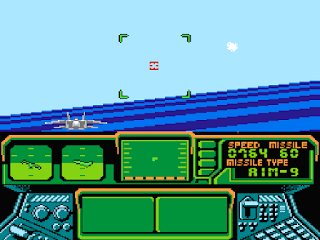 Genre: Action, Simulation
Perspective: 1st-person
Vehicular: Flight / aviation
Published by: Konami
Developed by: Konami Industry Co.
Released: 1990
Platform: Nintendo (NES)
Continuation of the first part of the game.
You have already earned honor and respect after successfully completing the missions of the first part, now let's see if you can save them, because the task ahead is even more difficult!
The game consists of three missions. The first is to destroy the enemy bombers, the second is to destroy the enemy super helicopter, and the third is to blow up the shuttle. Sometimes in the levels you have to dodge obstacles in the form of trees, lightning and lasers.
The game has a two-player mode, which is good news. After all, now you can play both against each other and together against the computer.
‹
›
Home
View web version