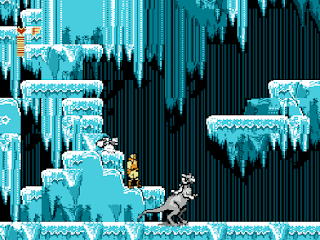 Genre: Action
Perspective: Platform
Setting: Sci-fi / futuristic
Published by: JVC Musical Industries
Developed by: Sculptured Software, LucasArts
Released: 1992
Platforms: Nintendo (NES), Super Nintendo (SNES)
A game based on the movie of the same name. The rebels settled on a planet shrouded in ice and snow. Young Luke Skywalker is here too. On this planet, another battle will take place with the forces of imperial evil under the leadership of Darth Sidious and his commander Darth Vader. The genre of the game is a platform adventure. Luke rides a Tauntaun on a reconnaissance mission. You can get off it and continue on foot. The Tauntaun can jump high enough if you press the down key and hold it for a short time. The graphics are excellent, the sound is also great. Single player game.
‹
›
Home
View web version