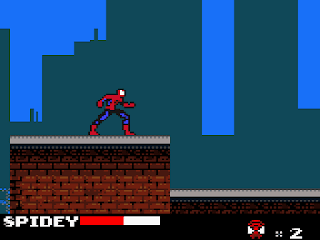 Genre: Action
Perspective: Side view
Visual: 2D scrolling
Gameplay: Platform
Published by: Activision Publishing
Developed by: Vicarious Visions
Released: 2000
Platforms: Game Boy Color (GBC), PlayStation (PSX, PS1), Nintendo 64 (N64)
This part tells the supplemented versions of the animated series of the same name in 94-97. What is happening in this world differs in everything from the entire history of the hero of these Western comics from August 1962 to the present day. Peter Parker will have to punish several super villains and help his loved ones. The best version of the game offered in those years.
‹
›
Home
View web version