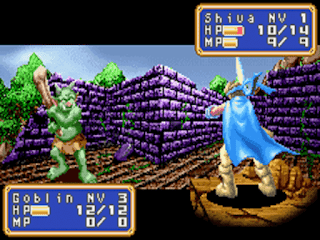 Genre: Role-Playing (RPG), Strategy / tactics
Perspective: Top-down
Art: Anime / manga
Pacing: Turn-based
Setting: Fantasy
Published by: Atlus U.S.A.
Developed by: Climax Entertainment
Released: 2004
Platform: Game Boy Advance (GBA)
One of the most anticipated games for this console. Back in 1992, the Japanese world was overjoyed at this wonderful tactical game. And, now, twelve years later, a high-quality reprint appeared. Almost all the plot scenes were supplemented and improved, to the point that this game was barely recognizable, it seemed that it was a completely different game. There are also a number of additions here in terms of items, secrets and characters. For the latter, it is worth going through this game from top to bottom. Everyone should definitely play this excellent game, otherwise you will lose so much joy.