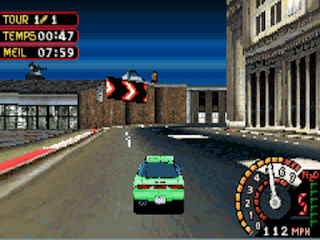 Genre: Racing / driving
Perspective: Behind view
Gameplay: Arcade
Interface: Direct control
Vehicular: Automobile, Street racing, Vehicle simulator
Published by: Electronic Arts
Developed by: Electronic Arts Canada, Pocketeers
Released: 2004
Platform: Game Boy Advance (GBA)
The second part of the cool racing game for the Gameboy Advance is practically no different from the first in graphic terms. Although a new passing system has been added to the game, new cars and, of course, new tracks. Also, the upgrade system has been slightly changed and mini games have been added. It will be interesting to play only for those who are able to perceive this game separately from the PC and PS2 brothers. After all, it is not the schedule that is important, the process is important.
‹
›
Home
View web version