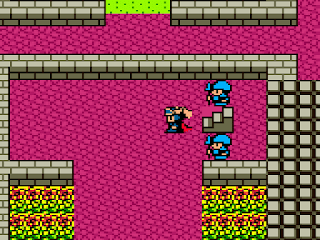 Genre: Compilation, Role-Playing (RPG)
Perspective: 1st-person, Top-down
Art: Anime / manga
Setting: Fantasy
Published by: Enix America Corporation
Developed by: Tose Co.
Released: 2000
Platform: Game Boy Color (GBC)
Collection of role-playing games series Dragon Warrior (Dragon Quest). The first part of the series is originally the world's first Japanese RPG, released back in 1986, i.e. as much as twenty years ago. The second came out a year and a half later. Both of them are completely graphically updated, making them even more enjoyable to play. I strongly recommend that you get these games and go through them separately.
‹
›
Home
View web version