Adventures in the Magic Kingdom (NES) 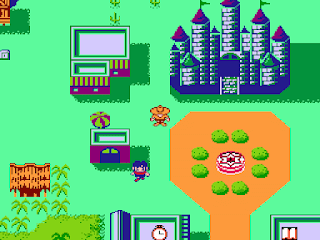 Genre: Action
Perspective: Side view, Top-down
Gameplay: Platform
Published by: Capcom U.S.A.
Developed by: Capcom Co.
Released: 1990
Platform: Nintendo (NES)
A big holiday parade is being prepared, and Goofy has left the golden key to the front gate in the castle, which, in turn, is locked with six silver locks. Silver keys to them are scattered throughout the park, and to find them, you have to work hard.
The game is designed for children of kindergarten and primary school age, but even an adult will be pleased to spend time playing it.
The game is released in two versions: European and American. But, there are no serious differences between them, except that the screensavers are slightly different.
‹
›
Home
View web version