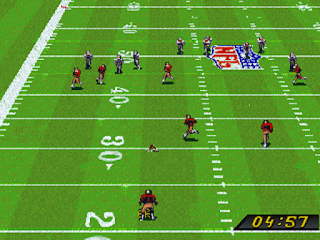 Genre: Simulation, Sports
Perspective: 3rd-person, Top-down
Sport: Football (American)
Published by: Acclaim Entertainment
Developed by: Iguana Entertainment
Released: 1995
Platform: SEGA 32X
To many, the game may seem pretty simple. Since it doesn't have a lot of settings. But mostly in the NFL Quarterback Club game, everything is pretty standard. There are real NFL club players. The camera is also movable, it monitors the game. That is, from time to time it brings it closer and further away. Fans of this sport can really appreciate the game. The game has several game modes.
‹
›
Home
View web version