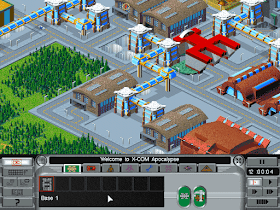 Genre: Strategy / tactics
Perspective: Bird's-eye view
Visual: Isometric
Gameplay: Shooter
Pacing: Real-time, Turn-based
Setting: Sci-fi / futuristic
Published by: MicroProse Software
Developed by: Mythos Games Ltd.
Released: 1997
Platform: DOS
Welcome to the X-COM universe. Do you still remember about the invasion of evil humanoids from the previous series? Not? Well, then you can sympathize and advise you to play UFO. And the rest or those who do not want to play the old UFO will have to prepare for a new struggle ... Now you are fighting the malicious violators of the stellar space not all over the planet, but only in one city. But this is enough to keep you cool. Constant raids by dastardly aliens prevent civilians from safely visiting McDonalds and Baskin Robbins, so you have to prepare to protect everyone and everything from dastardly, evil and very smart alien "assholes". In the meantime, you are preparing mentally and spiritually for this fight, let's talk about the game. 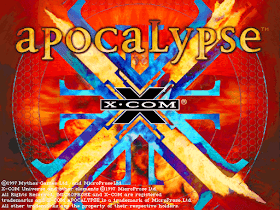 The first autopsy reveals significant changes. First, as already mentioned, the scale of what is happening has changed. Now the war is going on in the city, and not on the entire planet. Secondly, now you look more like "men in black" than full-fledged armed formations for the defense of the human nation from cunning aliens. And thirdly, you still have to personally command everything and everyone in this damn struggle. From buying new cars, hiring personnel to personally commanding squads of thugs. In general, everything is as usual ...
It's worth noting that X-COM 3 is one of the best tactical strategies out there. The possibilities that the game engine opens up cannot fail to attract attention: honest physics (collapsing ceiling, walls, doors flying out), taking into account the many characteristics of your fighters and their actions, as well as a complex and multi-level squad control system. And the most important thing: now you can play both in turn-based mode and in full-fledged real-time, which is quite convenient. After all, it is often so annoying to wait for the end of the turn. 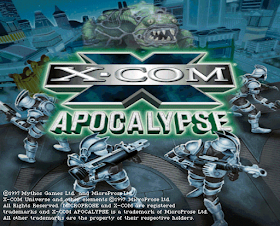 Summary: again the Earth is under threat, again aliens, and again we are responsible for everyone ... In general, everything is as always. If you like tactical turn-based battles a la Jagged Alliance, or the same UFO, or Incubation, then download it. You will not be disappointed. And if patience and nerves you have to hell, do not tempt fate ... You are contraindicated to play this game. Losing the entire squad and being left alone against a crowd of alien conquerors with one clip in your pocket in a warehouse forgotten by all is not for the faint of heart.
‹
›
Home
View web version