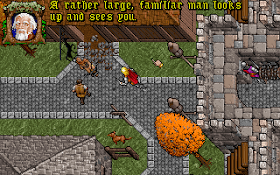 Genre: Role-Playing (RPG)
Perspective: Bird's-eye view
Visual: 2D scrolling, Isometric
Pacing: Real-time
Gameplay: Puzzle elements
Setting: Fantasy
Published by: ORIGIN Systems
Developed by: ORIGIN Systems
Released: 1992
Platform: DOS
I got to know the Ultima universe relatively recently. What can I do, I can hardly play the previous games of this, of course, a great series, because I am already too used to using the mouse and not having to dig into a thick manual to learn how to open doors or drink a bottle of potion ... But I just have to admit that Ultima is the whole world. The world is extraordinary, unique. The world of Ultima is the world of a kind fairy tale, into which our cruel reality burst. This is a world in which there was initially no place for evil and destruction. But it appeared. And in order to save this world, a savior, a messiah, an Avatar had to appear. 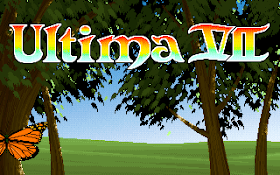