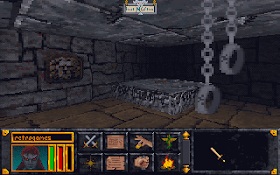 Genre: Role-Playing (RPG), Special edition
Perspective: 1st-person
Gameplay: Action RPG, Sandbox / open world
Interface: Direct control
Setting: Fantasy
Special Edition: Physical extras
Published by: Bethesda Softworks LLC
Developed by: Bethesda Softworks LLC
Released: 1994
Platform: DOS
The Elder Scrolls ... Almost certainly you are at least indirectly familiar with this series - regardless of whether you love it or hate it fiercely. Almost every modern gamer, even a little interested in the role-playing industry, is familiar with TES IV - Oblivion. But hardly any of the novice "role-players" who have passed through the wastelands of Oblivion, at least for a minute, wondered why their favorite game has the number 4 in the title and how this series began in general ... 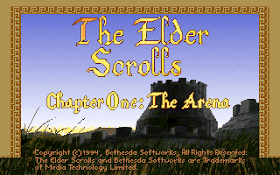