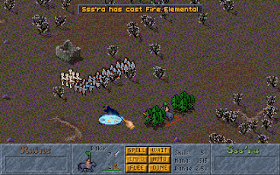 Genre: Strategy / tactics
Perspective: Bird's-eye view
Pacing: Turn-based
Gameplay: 4X, Managerial / business simulation, Turn-based strategy
Interface: Point and select
Setting: Fantasy
Published by: MicroProse Software
Developed by: SimTex
Released: 1994
Platform: DOS
What happens if the developers of Master of Orion decide to cross Heroes of Might & Magic with Civilization? And will such a project live?
It turns out that such a game will not only live, but also flourish, and beautifully, as an extremely original creation. 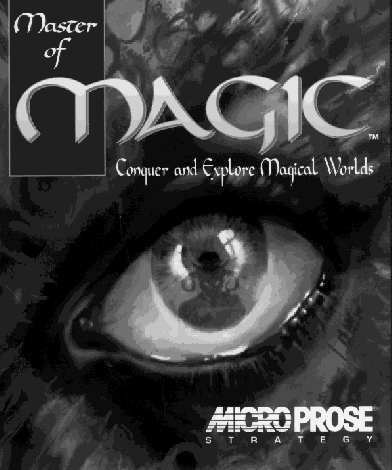 The terrain is very similar to Civilization. There is some water, there is a deer, there is a gold mine. If the city is close to such a vein, and we build mines in it, then there will be an increase in productivity. If it is near the forest, and we equip the city with a sawmill - also, cash flows will be drawn to our city. At the beginning of the game, we can only build settlers so familiar to us. They, if located at a distance from the cities, will be able to erect a new settlement. The growth rate of the village depends entirely on the race you choose. This is where this important factor comes into play. There are only fourteen races. But not everything can be selected right away. The point is that the MoM world has two sides; in fact, it is just two worlds. On the bright side live as good people as possible: humans, halflings, elves, possibly orcs. There are nine races in total. On the dark side are the remaining five. Among them are dark elves, trolls and ... dwarves. Apparently they are assigned here to maintain balance.
So who should you choose? Trolls, able to regenerate and possessing tremendous physical strength, but very low fertility, or barbarians who breed like rabbits, but live about the same? Maybe take ordinary people who do not have obvious advantages and disadvantages?
Whether you can play with the dark side is influenced by your character's stats. You can choose it from twelve prepared in advance or create it yourself. The developers later applied this system to Master of Orion 2, but this time to the entire race. You can choose your character, what kind of magic he owns. There are six schools in total, three opposite each. Either your character will be proficient in one school, or several, but weaker in each separately. But there are also skills, say, as useful as Warlord, which allows your units to gain experience to the state of "elite squad" ... How, I have not yet said that all units gain experience? So, in the course of battles, all your wards (and not just heroes) gain experience. As the level rises, the characteristics also grow, which, of course, increases the squad's chance to survive until the end of the battle.
If I've already mentioned heroes, then let's really talk a little about them. If your actions are successful (or if you have chosen the Fame parameter in your character's skills), then the heroes will be drawn to you (again, a link to MoO2). Almost every hero requires an advance payment and money for maintenance, with the exception of a few, which, on the contrary, bring money to your treasury. Each hero has his own special abilities that grow from level to level, and three slots for equipment. Heroes also have a class, and let's say a mage hero won't be able to use the sword you found in the tower ruins. But on the other hand, a warrior hero (not a magician, but a sword) will use it with pleasure. You can also create your own artifacts, but you will have to spend a lot of money on this. Although the hero, hung with powerful magical things, sometimes alone captures well-fortified castles, so the costs are well worth it.
Of course, your character does not know the spells for creating artifacts at first. To do this, he will have to conduct magical research. Each of your cities generates a certain amount of Magical Points, which can be spent both on the use of magic, and on its research or accumulation. Three rubber charts are responsible for these three actions. As far as you raise one, the other two will drop.
It would seem - what is the problem? Build more cities, each building has all the buildings, and rivet magic faster than rabbits ... rivet magic. But the developers were able to take this aspect into account as well. The fact is that every building in the city requires money for its maintenance. This means that with a large number of cities, many buildings can cause losses. So we have to create peripheral cities, which are busy only with replenishing the treasury through trade.
No matter how skillful diplomat you are, battle is inevitable. The field is divided into cells. Heroes also take part in the battle, and sometimes several at a time (well, these heroes are also contagions ...). The fight is quite easy to learn. Units and heroes use their passive (shield against arrows, first strike) and active (breathing fire, spell book) skills with might and main. Passives are used regardless of your desire; for active ones, you also need to give orders to units that know how to use them. Usually it all comes down to hand-to-hand combat, so you should definitely take care of the presence of creatures with great physical strength in the squad. At the end of the battle, the winner receives precious experience, and, possibly, a reward, be it money or an artifact.
I hope that I managed to interest you with this review, and you at least try to play this game. Trust me, it's worth it.
‹
›
Home
View web version