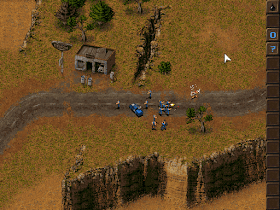 Genre: Strategy / tactics
Perspective: Bird's-eye view
Visual: Free-roaming camera
Pacing: Real-time
Gameplay: Real-time strategy
Interface: Multiple units / characters control, Point and select
Setting: Oceania, Post-apocalyptic, Sci-fi / futuristic
Narrative: War
Published by: Melbourne House
Developed by: Beam Software Pty.
Released: 1997
Platform: DOS
Forty years ago, nuclear war swept the planet. Some people managed to go to underground bunkers and take some of the technology with them. They called themselves Survivors. Those who remained on the surface were forced to adapt to a new life and gradually mutated. They considered themselves a new stage of evolution and began to call themselves Evolved. The conflict began when the Survivors decided to return from the depths of their bunkers to the surface of the planet and realized that it no longer belonged to them. 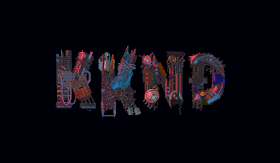 Although the game is a fairly classic real-time strategy game, it also has a few twists. First, a pretty, well-traced and detailed landscape (which is only the fragments of the Statue of Liberty, half buried in the mud). Secondly, this game differs from other games of a similar genre by the unusually high role of the infantry in hostilities. A well-formed squad of different types of infantry is a force to be reckoned with and to be used in order to succeed. It is worth noting that the game is quite difficult, but if you are not afraid of difficulties, you will get great pleasure from the game. This will be helped by 30 missions divided into two campaigns, and great dynamic music that you don't want to turn off even after several days of playing.
‹
›
Home
View web version