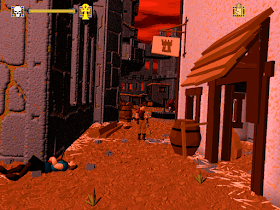 Genre: Action
Perspective: 3rd-person
Gameplay: Puzzle elements
Setting: Fantasy
Narrative: Horror
Published by: Psygnosis Limited
Developed by: Andrew Spencer Studios
Released: 1997
Platform: DOS
A year has passed since the protagonist of the first part dealt with the demon who terrorized the small village of Tirich, and snatched the sorceress Ekstetika from his clutches. Without thinking twice, he invites her to become his wife and drags her to his family castle to formalize everything. But it was not there.
The aesthetics turns out to be stolen by demons right from the hands of the beloved, and the beloved himself soon finds himself chained in rather strong wooden blocks. And so he would have spent the rest of his life, if not for the nearby priestess, who, with the help of a spell, could free him from these blocks. It's time to save the Esthetics again. At this rate, it will soon become a habit for the protagonist. 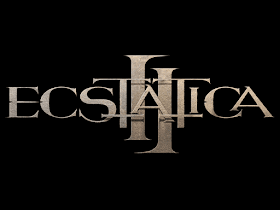 Who encroached on the dropout sorceress this time? This unfortunate turned out to be the Archmage, who, moreover, managed to break a certain Seal of the Ancients into seven pieces, each of which entrusted one of his henchmen. Reuniting the seal becomes a top priority for you, given that the priestess who freed you insists on it very strongly. It would be impolite to refuse her.
Compared to the first part, the graphics have become much prettier, the number of ellipsoids (used instead of polygons) on the characters has doubled, and the two-dimensional backgrounds have become more detailed.
Bottles with a healing potion and money now fall out of enemies, which, having collected a sufficient number of them, can be spent on full restoration of lives. Also, scrolls sometimes fall out of the corpses, with the help of which you can throw a couple of spells at the enemy, which especially helps in cases where conventional weapons are ineffective.
The rest of the gameplay hasn't changed much. All the same lack of inventory, the same puzzles, only now the game world has increased several times compared to the first part and has overgrown with tasks that are completely optional, but useful for the hero.
As a result, the sequel came out much better than the original - if not qualitatively, then at least quantitatively.
‹
›
Home
View web version