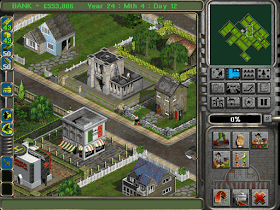 Genre: Simulation, Strategy / tactics
Visual: Isometric
Pacing: Real-time
Gameplay: Managerial / business simulation
Published by: Acclaim Entertainment
Developed by: System 3 Software Ltd.
Released: 1997
Platform: DOS
The game in question proudly positions itself as a "Simulator". This alone gives rise to the idea that the player will have to delve into the intricacies of the process before he begins to get his portion of pleasure. But Constructor is not like that. He is anything: cynically humorous, reckless, sometimes evil, mostly unusual, but invariably friendly to its user.
Constructor will not let you unclench this friendly hug until the very end, whether you like it or not. We proceed to the construction of the future street.
You understood correctly - here we will build! Moreover, we will use the entire technological process of this difficult business - from the procurement of materials to the construction itself directly using the prepared materials. And even there the game does not end, but only begins! 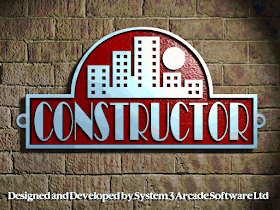