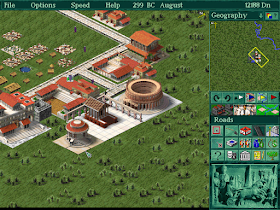 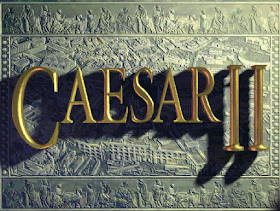 So what do we get by rocking those 23.5 megabytes? Caesar II is, first of all, an excellent well-thought-out simulator of city life, a kind of SimCity in Roman style. At the same time, the number of subtleties is so great and they themselves are so diverse that you don't even hope to reach heights in a few hours. The developers perfectly kept the balance, and all this splendor will not scare away a beginner in the genre with intricacies and conventions, like, say, SimCity 3000. The city is drawn well, everything that happens is logical and understandable. Learning to make ends meet can be pretty quick, but turning a town into a snarling metropolis of the Ancient World - here you will have to stay on the mouse for a very long time.
But the most interesting thing begins later, when we have already learned how to manage the city, - here, proudly straightening our shoulders, the "Province" regime appears. Now, in addition to the usual fuss with the metropolis, you will also have to "introduce" it into the surrounding territory - to establish the supply of raw materials, trade relations and protect all your creations from barbarians wandering around, far from friendliness.
And then we get something else: it turns out that Caesar II has a great battle engine! No warcraft, just a clear and scrupulous planning of the actions of your troops on the battlefield!
All this together merges into such an excellent cocktail that no self-respecting gamer can afford to miss it. As for strategy lovers, I don't understand why they still haven't clicked the "Download" button. Perhaps it's time to do it.
‹
›
Home
View web version