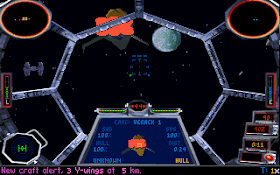 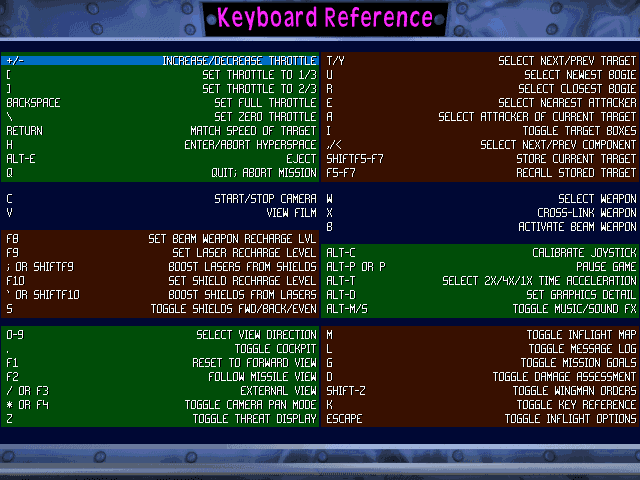 After the successful experience of creating Star Wars: X-Wing, a space simulator that offered the player to pilot various rebel warships (in addition to the X-wing fighter, the game contained missions that provided the ability to pilot a Y-wing bomber and A-wing interceptor), LucasArts released a standalone game TIE-Fighter. In it, the player first sided with the Empire and completed missions on the Imperial ships: the TIE-Fighter, its modifications and other ships.

Like its predecessor, X-Wing, the game is divided into several large parts (campaigns), each of which the player can play separately, in no particular order. Nevertheless, with a sequential passage of the game, parts of the game form a single plot whole, and subsequent missions are usually more difficult than the previous ones. The main storyline of the game is the betrayal of Imperial Admiral Harkov, head of the TIE-Advanced heavy fighter program. The admiral contacts representatives of the Rebel Alliance with a proposal to go over to their side (along with the fleet subordinate to him) for a monetary reward. In the final missions, the hero will have to destroy the rebel admiral's ship, and capture it himself, while simultaneously fighting off the attacks of the newest TIE Advanced.
The game also offers a significant number of training missions that allow you to hone your skills without endangering the pilot's life (if the pilot dies during a combat mission or is captured, the player must start the game over, replaying the missions already completed).
As in the game X-Wing, the player receives orders and medals for especially successfully completed missions. The missions also have secret tasks, completing which, the player receives rewards from the emperor.