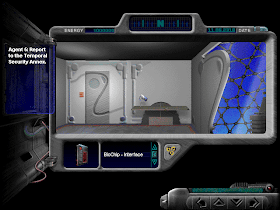 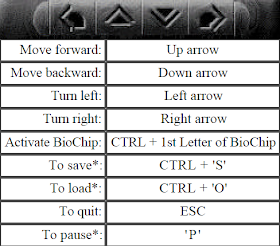 In the distant future , after the terrible nuclear wars , mankind united in one peaceful global society. For the creation of this utopia humanity was given the opportunity to join an organization called the interstellar Commonwealth peaceful creatures .
In XXIV century were invented technology for time travel. Thus was born the project "Traveller" , a secret program to create a " Pegasus " - the first time machine. After a short test period, it was proved that time travel is indeed possible . The project has been deactivated , and "Pegasus" handed over to the secret organization Temporal Security Agency, or ABC . ABC exists to prevent a hole in space-time , as changes in the past may now change . The player controls a character named Gage Blackwood , agent number 5 ABC . Games focused on the travel agent number 5 in time to save the Earth in the present.
The Journeyman Project
In 1992 , «The Journeyman Project» was one of the first games with high-quality graphics . But the game has suffered from problems with work and slow animations due depending on Macromedia Director. Most of these problems have been resolved in version 2.0 called «The Journeyman Project Turbo!» Released for sale by Sanctuary Woods in 1994.
The action begins with the arrival of an alien ambassador to approve accession to the Earth Simbiotstvu peaceful creatures . But when the agent during the watch number 5 hole is fixed in time, changed world history . As a result of recent history, mankind has made in the symbiote. 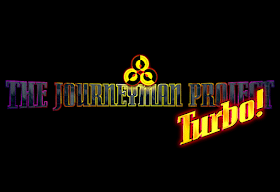 Menu bar is NOT available during game play.
Keyboard Shortcuts for above functions;
Save game CTRL+S;
Load game CTRL+O;
Quit game ESC;
Pause game P key;
The game interface is controlled through use of three elements.
The BioTech Interface controls items such as inventory control, welfare, location, etc.The Suit is an environmental bubble that protects the agent when outside.The Machine (Pegasus) is used to guard against historical sabatoge.Each of the above elements incorporates buttons which are clicked on with the mouse to manipulate the surrounding environment.
‹
›
Home
View web version