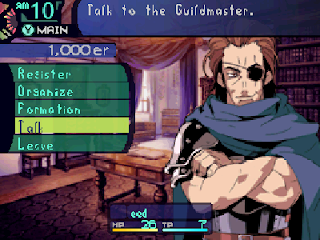 Genre: Role-Playing (RPG)
Perspective: 1st-person
Pacing: Turn-based
Setting: Fantasy
Published by: Atlus Co.
Developed by: Atlus Co., Lancarse Co.
Released: 2007
Platform: Nintendo DS (NDS)
On a vast and fertile plain lies the peaceful town of Etria. Next to him, in the forest, the entrance to a mysterious dungeon was found, which was called the Labyrinth. What does he conceal in himself: treasures, knowledge? Only one thing is clear: to find out the answer, you need to research it, but not a single daredevil has ever returned from the Labyrinth. The dungeon is guarded by many aggressive creatures, plus some passages are disguised. Now it's up to you! Create a team of five adventurers, wade through the Labyrinth, explore it, drawing a map along the way - the touch screen is perfect for this. A lot of battles with a wide variety of enemies, an amazing combat system, colorful three-dimensional graphics, perfectly matched musical accompaniment and, of course, secrets and riddles are waiting for you!