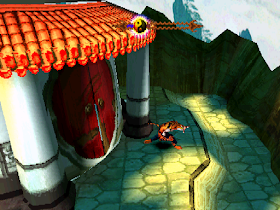 Genre: Action
Perspective: 3rd-person
Gameplay: Beat 'em up
Narrative: Martial arts
Published by: Activision
Developed by: DreamWorks Interactive L.L.C.
Released: 1999
Platform: PlayStation (PSX, PS1)
You play the role of T'ai, a real fighting kung fu tiger seeking to destroy the devilish Dragon Master. The game is made in the genre of action, fighting platformer with a plot component. On numerous levels, you will fight enemies in a style typical of side-scrolling fighting games (such as in Final Fight). The game is full-scale, enemies can dodge your attacks and can even surround our hero. It looks like the developers have managed to find a good balance of different game genres. This great game has 20 levels and numerous adventures will please game lovers. The game looks great graphically and the sound design is great. Excellent animation completes the picture, so players will receive a great gift.