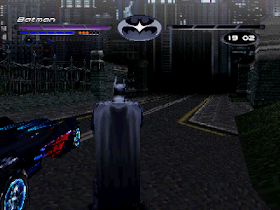 To be honest, Batman was the best, but times are changing. Our hero is very bored alone at night (in general, like any normal person), especially now, when the streets are so restless. And they created a company for Batman, and now you can play for three fearless fighters.

A real hero! Mighty and unhurried, but such a gentleman does not seem to need to fuss.
Special Features: Rather gloomy, can barely move around in his rubber suit. Changes body more often than Doctor Who!

Appeared at the beginning in the fourth film for reasons that are not entirely clear.
Special characteristics: she will be weaker than her partners, but very fast; just shocking with the yellow shock of her luxurious hair.