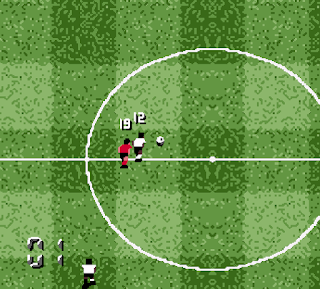 Genre: Sports
Perspective: Top-down
Sport: Football (European) / Soccer
Published by: THQ Inc.
Developed by: Krisalis Software Ltd.
Released: 2001
Platform: Game Boy Color (GBC)
The Game Boy Color version of Stars 2001 is very loosely based on the PC/Playstation game with the same name. Much of what made the original special is gone. For example, the whole concept of Star Points, which was such an important part of the console game has been removed. Left is a football game with a quite ordinary style. Due to the Premier League license all twenty teams are real and have real world players (16 in each team). The gameplay resembles the style of many classic games in the genre and is viewed from an top down perspective. Play modes available are friendly match, full season or a custom league of the players' choice.
‹
›
Home
View web version