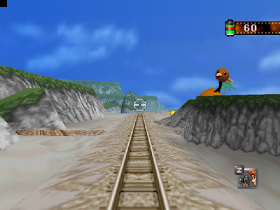 Perspective: 1st-person
Gameplay: Rail shooter, Shooter
Setting: Fantasy
Published by: Nintendo of America Inc.
Developed by: HAL Laboratory, Nintendo Co.
Released: 1999
Platform: Nintendo 64 (N64)
It’s a stupid game, because you can ride and take pictures of Pokémon who run and jump, but you can’t call it a stupid occupation. And if there were even super-graphics (which is by no means super), this would not have changed the essence of the matter. Perhaps a harsh verdict, but you can’t say otherwise.
‹
›
Home
View web version