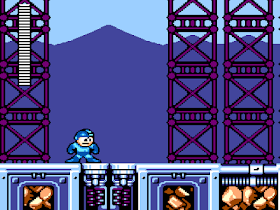 Genre: Action
Perspective: Side view
Visual: 2D scrolling
Gameplay: Arcade, Platform, Shooter
Setting: Sci-fi / futuristic
Published by: U.S. Gold
Developed by: Freestyle
Released: 1995
Platform: SEGA Game Gear
Megaman! What could be cooler? So, we can say that this game was collected bit by bit from Nintendo: 4 bosses from Mega Man 5 and two more from Mega Man 4. The essence is quite simple: you need to kill the robots and get to the exit , meet with the boss and get weapons from him.
The game is actually a cross between Mega Man 4 and Mega Man 5.
‹
›
Home
View web version