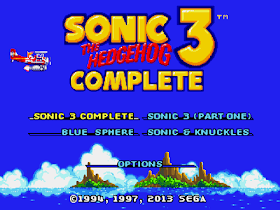 Genre: Action
Perspective: Side view
Visual: 2D scrolling
Gameplay: Platform
Art: Anime / manga
Version: 130810
Original game: Sonic the Hedgehog 3 & Knuckles
Released: 2013
Platform: SEGA Genesis / Mega Drive
This hack is a complete update and bringing to mind four games at once: Sonic the hedgehog 3, Sonic & Knuckles, Sonic 3 and Knuckles and Blue Sphere. This, one can say, is a multi-game in which we can facilitate the game in the settings, change the music of some zones, endings and Knuckles to music from the S&K Collection, replace the themes of life, continuation, victory, etc. with music from S1 / S2, change the location zones for prerelease, in which FBZ is already between CNZ and ICZ, change the graphics of the same zone to prerelease (dark), select abilities from other games (Sonic 1, Sonic 2, Sonic CD 1993/2013), or put "Max Control" in which you will have all the abilities from S3K + Super-Peel-Out from the Sonic CD, put the Speed ​​Cap from the first Sonic, which will greatly complicate the game. 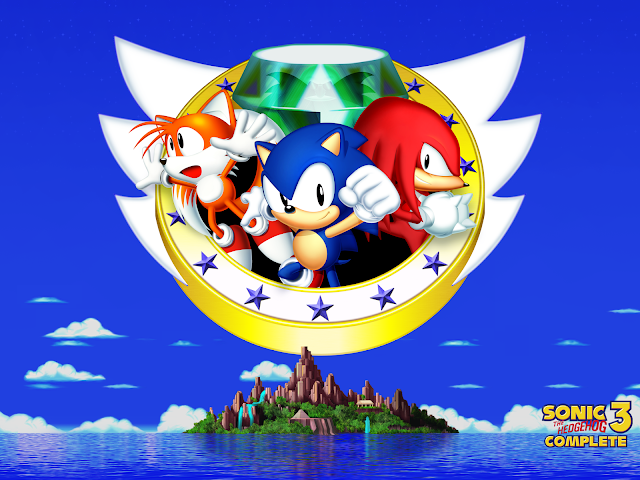