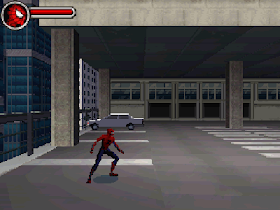 Genre: Action
Perspective: Side view
Gameplay: Platform, Puzzle elements
Published by: Activision Publishing
Developed by: Vicarious Visions
Released: 2007
Platform: Nintendo DS (NDS)
Based on the movie of the same name, Spider-Man 3 offers players to feel like a savior of New York with supernatural abilities. Use the kung fu tricks, jumps and somersaults, special finishing moves in battles with ordinary bandits and epic bosses. A whole city opens before you - you can go on a trip at any time, start the game with any mission you like. The number of tasks is huge, you are waiting for quests based on the plot of the film, and completely new.