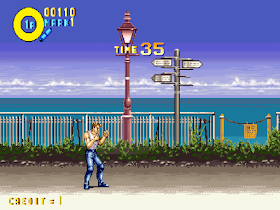 Genre: Action
Perspective: Side view
Gameplay: Beat 'em up, Fighting
Published by: Video System Co.
Developed by: Video System Co.
Released: 1991
Platform: Arcade Machine
An excellent 2D fighting game where you are given a choice of four characters: Mark, Glen, Akira, GIL! Each character is good in his own way, each has different fighting styles! Also in the game you can get up super-punches, for which, unfortunately, the hero takes a certain amount of vital energy.
‹
›
Home
View web version