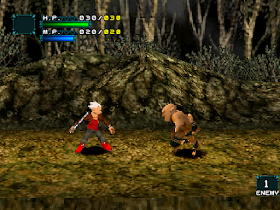 Dragon Valor is a remake of the old 8-bit Dragon Buster game. Dragon Valor is the owner of a very unusual concept for the development of the plot, although it cannot be said that it is completely original - it was previously demonstrated back in SEGA Phantasy Star III. During the game you will change several main characters, and each subsequent one will be a descendant of the previous one. Before your eyes, the main characters grow up, start a family, grow old, send heirs to the path-track, and then, with a sense of accomplishment, stretch the limbs. The player can and should influence all these events, and the choice of the life partner of the next ward depends only on you. Just some new word in the development of the electronic pet industry. The game is made in the genre of Action RPG. Fights with opponents take place not in a step-by-step mode, as is customary for most Japanese manufacturers, but in the style of 3D platformer.
The name Dragon Valor (Dragon Buster series) immediately sets us up to meet warriors who, for one reason or another, are not very good at fire-breathing reptiles. The way it is. The main goal of the whole game is to walk around cities and villages, roam the dungeons, crack down on dragons, and all this in order to save humanity from the constant threat in the form of these flying creatures. Each of the dragons you met is not like the others, has its own characteristics, its weaknesses, which must be discovered and used in this fight against your scaly reptile. That is, it’s better to immediately chop off one monster with a run between the eyes, and with the other such tricks do not work and with such simple tactics you can easily get burned (literally). But if you conduct a cunning maneuver, and even hit him in the "Achilles' heel".
‹
›
Home
View web version