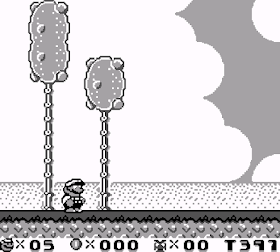 Genre: Action
Perspective: Side view
Gameplay: Platform
Visual: 2D scrolling
Published by: Nintendo of America Inc.
Developed by: Nintendo R&D1
Released: 1992
Platform: Game Boy
Continuation of the classic game Super Mario Land. While our hero Mario rescued Princess Daisy, his evil counter Vario barricaded himself in the castle of the plumber and from there bewitched the inhabitants of the Mushroom Kingdom so that they terribly hated Mario. The brave plumber now has to find six magic coins to remove the spell and defeat his double. The game features ageless gameplay of the Mario series, excellent (for its time) graphics and wonderful music. The game also has a save function. I'm sure you'll spend a few hours of your life exploring the worlds of this part of Mario's adventures.
‹
›
Home
View web version