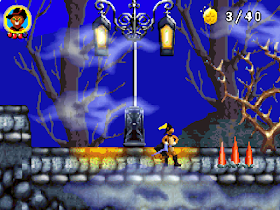 Genre: Action
Perspective: Side view
Gameplay: Platform
Setting: Fantasy
Published by: Activision Publishing
Developed by: Vicarious Visions
Released: 2004
Platform: Game Boy Advance (GBA)
This is also a game on the cartoon "Shrek 2", but here the game is for Kota in boots. His habits and he himself remained exactly the same as in the previous game, but now he has his own plans. If you are interested in learning which ones, then download and play this game. Graphics and sound are no worse than in the game "Shrek 2".
‹
›
Home
View web version