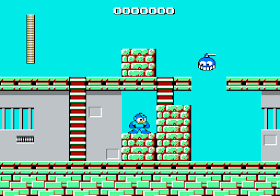 Genre: Action, Compilation
Perspective: Side view
Gameplay: Shooter
Art: Anime / Manga
Setting: Sci-Fi / Futuristic
Published by: Capcom Co.
Developed by: Capcom Co.
Released: 1999
Platform: PlayStation (PSX, PS1)
In 1999, Capcom reissued the classic series Rockman on six discs, which in the rest of the world is known as Mega Man. What is characteristic - only in Japan. In addition to the original mode, there is an additional one, with changed music (in the rip it certainly is not) and tips (in Japanese ...), as well as a few bonuses, like a music menu, additional weapons, time mode, galleries, persist. Despite the fact that the game in Japanese, to understand the menu will not be difficult. Graphically, the games have not changed, and only bosses and scenery change from part to part.
‹
›
Home
View web version