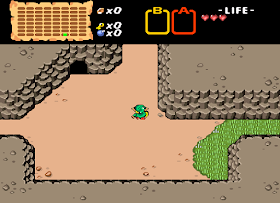 Genre: Action
Perspective: Bird's-eye view
Gameplay: Metroidvania, Puzzle elements
Art: Anime / Manga
Setting: Fantasy
Published by: Nintendo of America Inc.
Developed by: St.GIGA
Released: 2009
Platforms: Super Nintendo (SNES), Nintendo (NES)
The gameplay was identical to its predecessor, but the maximum of rupees was increased to 999 (rather than 255), the overworld was altered, and dungeons were completely different. There is some allusion to this game being a "Third Quest", much like The Legend of Zelda's second quest.
‹
›
Home
View web version