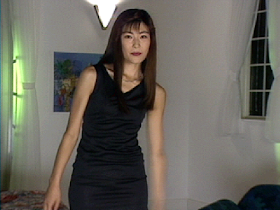 Genre: Strategy / Tactics
Perspective: 1st-person
Gameplay: Timed Input
Art: Full Motion Video (FMV), Live action
Pacing: Real-Time
Narrative: Adult
Published by: Societa Daikanyama
Developed by: Societa Daikanyama
Released: 1994
Platforms: 3DO Interactive Multiplayer, SEGA Saturn
Probably, without erotic games, not one of the game consoles. This genre of games, not bypassed and the console Panasonic 3DO. One of the representatives of this genre for 3DO Interactive Multiplayer is the game "The Yakyuuken Special". This is a kind of game for undressing with Japanese girls (Striptease). To play is in "Rock–paper–scissors" or as it is called in Japan janken. Originally, the game was invented in China, and only in the 18th century it appeared in Japan. With the help of this game it is good to solve various disputes, and it turns out that you can even play underneath.
Choose one of the 8 girls: Mai Kisarag, Madoka Arai, Shizuka Hitomi, Ai Ichinoki, Miyuki Kurakawa, Mai Misaki, Saori Mizushima, Anna Sawada. And playing with her strip her naked. The game is erotic and does not contain pornography. But still it is not recommended to play it to persons who have not reached the age of majority (18+).
In the game, we will constantly hear the words "saisho wa guu, janken pon / poi!".
‹
›
Home
View web version