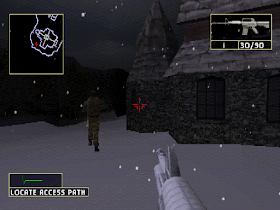 Genre: Action, FPS
Perspective: 1st-person
Gameplay: Shooter, Tactical Shooter
Published by: Ubi Soft Entertainment Software
Developed by: Rebellion Developments Ltd.
Released: 2002
Platform: PlayStation (PSX, PS1)
A classic story based on the works of Tom Clancy, in which you head an elite squad of special forces in the fight against international terrorists. The game story is built on the performance of a number of tasks to neutralize terrorist gangs and to eliminate from bases. In the process of fulfilling the tasks, you will uncover a conspiracy that puts the world at risk. Unlike other games - if you make a mistake, the mission will fail, as in the real world.
‹
›
Home
View web version