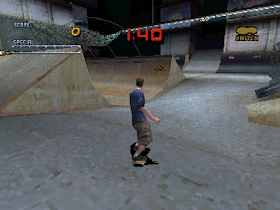 Genre: Action, Sports
Perspective: Behind view
Gameplay: Tricks / Stunts
Sport: Skateboarding
Published by: Activision Publishing
Developed by: Neversoft Entertainment
Released: 2000
Platform: PlayStation (PSX, PS1)
The continuation of the excellent skateboarding simulator brought with it many innovations. In addition to a dozen professional dockers to choose from, Tony Hawk's Pro Skater 2 will allow you to create your own character. Using the new editor, you form his strengths and weaknesses, determine a set of tricks, and choose the right clothes. The list of already familiar game modes is supplemented by a new mode of creating a park. In it you can easily build your own skate park with a mass of ramps, handrails and other objects. A nice addition will be an extended arsenal of tricks with the board, allowing you to build much more voluminous combinations than in the first part.
‹
›
Home
View web version