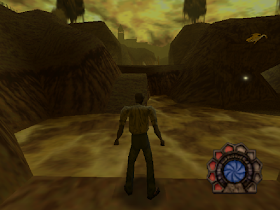 At the beginning of the game, we are shown a movie where the voice-over of Jack the Ripper tells about his victims, and that he did not want to kill, but merely searched for the source of the immortal energy, which were Dark Souls. But from the story it is clear that he could not find it. In Jack's room, a strange man with blood-smeared lips, in an old strict suit, is leaning on a narrow black sword in a twisted arm (referring to Satan) as a cane. "Who are you? How did you find this place? ”Asks Jack. “My name is Legion,” the stranger answers, “because there are many of us ...” After a short conversation, a strange stranger offers Jack a deal under which Legion will give Jack immortality in exchange for the latter becoming the architect of the Cathedral of Pain in the Asylum, which is located in the Kingdom Dead, so that people like him could gather there and punish this insignificant world of the living. In confirmation of this deal, Jack must kill himself, which he promptly did by saying the phrase “For we are many ...”
The next scene takes place at night in New Orleans, in Agnette’s apartment. She and Mike (the main character) are asleep, and she dreams about the Apocalypse - the 5 most terrible murderers, the Army of Darkness and the Legion heading them open the way to the Realm of the Living and the planet comes an eternal eclipse. Agnetta wakes up in horror and tells Michael that the time for the End has arrived. She explains to him that he needs to go to the voodoo church the next day (where she does the rituals) so that Mike will get all the necessary things and be able to go to the Kingdom of the Dead for Dark Souls. She also tells him that these souls are an immortal force, but they must be treated carefully, otherwise Darkness will swallow Michael. When he arrives, he receives weapons and artifacts from her, after which he teleports to the Kingdom of the Dead to collect all the Dark Souls and prevent the Apocalypse ...

The main character of the game is Michael Le Roy. Ten years before the events, Michael was a student at the University of English Literature, but was expelled for academic failure. Because of his bad habits, he spent all his savings and he had to work as a taxi driver in Chicago, while continuing to carefully hide his failures from his family in New Orleans. One night, on the evening shift, Michael was transporting a passenger who was soon shot dead during a car shootout. In the back seat of the passenger was a suitcase with a cash amount of $ 20, 000. Mike took the suitcase and went back to New Orleans, to his home, where he spent all the money on the family and paying for his younger brother Luke’s operation. But soon the bandits find Mike and demand the return of that amount of money, threatening reprisals against him and his family. Being desperate, Mike finds Bokor, who gives him protection from the attack of the bandits. Protection works, but only for him; The family of Le Roy was shot while in the car, Mike himself was mortally wounded, but remained the only survivor.
Coming out of the coma and recovering from severe wounds, Mike realizes that he has lost his memory. At the same time, Bocor finds him and takes the "fee" for the protection of Mike: Mike becomes his zombie slave, later fulfilling his orders. Also, Mike gets a new name - Ziro. In the end, Agnetta, a powerful but dying voodoo priestess, makes a visit to Bokor with a pair of murderers to crack down on the blows he struck to the members of her gang. In the coming chaos, Agnetta finds Mike and with his last strength presses into the chest a mask of shadows, the most powerful voodoo artifact. Thus, Mike is freed from the magic of Bokor, becoming the next holy voodoo warrior, blessed by gods and endowed with supernatural forces to protect the world of the living from the threats emanating from the world of the dead. Having acquired the ancient force, Mike regains a memory that will torment him forever. Based on the hopelessness that has arisen, he has to become the servant of Agnetta, fulfilling her instructions. From this moment begins the story of the human shadow.

In order for the main character to go to the next area, he needs to collect a certain number of Dark Souls. Dark souls are the former souls of the soldiers of the army of Darkness, who were defeated and buried on the territory of the Land of the Dead. To move to another area, in addition to the specified number of dark souls, the hero must find a teleport, which is called the Coffin Gate. When the hero found the gate and opened it, he no longer needs to look for it anymore - he can now use a teddy bear to move.

The main weapon of the main character is ShadowGun, which improves with the gathering of dark souls. In addition, the game has other types of weapons, including magic, but they consume some semblance of mana. ShadowGun consumes the energy of dark souls, and it is inexhaustible.

For each territory, by and large characterized by their own types of enemies. In the wasteland, the player will meet skeletons and gray ghouls, some of which are capable of flying. In the ruins of ancient temples, you can find corpses with two heads, as well as sisters of blood who guard the dark souls. Legion’s castle contains creatures with chainsaws, shapeless creatures with hooks instead of hands, dogs with human faces, warriors with circular saws and machine guns. At the end of the game, the hero will fight with the soldiers of the army Legion.
Enemies are also present in the living - dogs and alligators in Louisiana, dead bodies in a prison location.
‹
›
Home
View web version