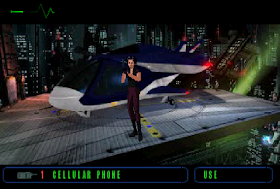 Age: 36 years.
Height: 1m 80 cm.
Weight: 90 kg.
Place of birth: Pacific Coast of California, USA.
Specialty: professional mercenary.
He was a former military man and participated in numerous conflicts that the US government never officially recognized.
Recently he worked as a bodyguard, always balanced on the verge of the law, and can kill anyone, defending himself or simply for the sake of his mission, without any hesitation. However, he has his own concept of honor, and he takes up questionable activities only because he desperately needs money. He respects his friends, is completely fearless, cunning and hardy. This is not a true classic hero, but in many respects can quite compare with them. It is easy to adapt to any changes in situations, and it should not be underestimated - those who do this very quickly find themselves in the next world, quietly and without hassle.

Age: 37 years.
Height: 1m 83 cm.
Weight: 95 kg.
Place of birth: Chritchurch, in New Australia.
Specialty: mercenary, expert of subversive business.
Looking at him, it is very difficult to understand whether he is aggressive or just crazy. A huge broad-shouldered man, he is very attractive, women from him are just crazy, but this is a bad boy. He gets high from his cruel work, and in fact, he has long been haunted by the souls of the many men and women he killed at different times. The old friend of Glas, a real expert in the field of explosives and weapons. Working with him is like putting your head in the mouth of the devil.
It works very well, it is very effective, but at any time it can awaken with frenzied pride and aggressiveness, and then the blood flows with the river. Unlike Voice, Dec never got a professional training. He's just a very talented guy and gained experience in a wide variety of wars, until finally he landed in his native Australia.

The girl is 24 years old.
Very tall, almost 1m 80 cm.
Weight: 55 kg.
Place of birth: Shan XL province
Specialty: secret operations.
She grew up and trained in the Province Military Theater and became an expert in special operations (Covert Operative). learned to imperceptibly penetrate into the most secret places for the enemy. He is fluent in various dialects of the Chinese language, a first-class sniper, an excellent driver, she is half French, half Chinese.
Apparently, she is an orphan and does not know her parents, but she is a very loyal and faithful fighter, especially those whom she trusts. Khan and Glas already worked together when Khan was working for the French government. She, a beautiful woman, some time ago was a very sexy prostitute, led a rather luxurious life and does not recognize any restrictions. A powerful, energetic fighter, fighting with self-oblivion, is devoted to his fighting friends.

Age: about 16 years.
Height: 1m 65 cm.
Weight: Unknown.
Place of birth: Unknown.
What can do is unknown.
She is the daughter of Mr. Lem, the most powerful magnate of Hong Kong, and more often called W-Ming. There were rumors that her father's bodyguards had to turn away so as not to see her fantastic beauty when the girl entered the room, and not succumb to her charms.
When W-Ming fled the house, this was the starting point of our entire history, all incredible adventures. It is W-Ming that is the real key to all the mysteries and the incredible nightmarish events that have occurred.

The business and industrial center of Hong Kong, the westernmost of the worlds in the game, which is the starting point. Huge skyscrapers stretch straight to the sky, and it is clear that this is an area in which money flows the river. Very modern area in all respects, except the human properties of its inhabitants. This is a very dangerous place, especially for newcomers, which are our heroes.

Amazing subculture of human beings. Settled on the river bank of the Hong Kong harbor. There are many different fishing boats (Junks, Trawlers and Cannoes). The wealth of the whole city flows down towards the harbor, but does not stop here, but travels to distant voyages beyond the seas. Harbor surprisingly contrasts with the main Hong Kong. She lives her active life, there is a huge fish processing plant and there is a luxury market, which, it seems, never closes.

These are absolutely amazing jungles, so dense that in places even the river becomes impassable. However, it wriggles and leaves deep into the jungle right into the Hak Sik area of ​​territorial China. The river is the main way by which smugglers and other merchants seek to get through this territory, without getting into the clutches of aggressive gangsters who control the main routes on the territory. Along the river there are tiny settlements that help smugglers, as well as from time to time rob tourists and travelers who have decided to go to this area for their misfortune.

Very densely built-up area. There are magnificent architectural ensembles and engineering structures, which at first glance seem simply absurd. Nevertheless, the city of Shan Xi we call gorgeous, because here are surprisingly widely represented the darkest and darkest elements of society. The houses literally clung to each other, connected like a knot, they stand by a wall near narrow winding streets, small avenues and terrible dead ends. In this city, as if specially built for such people, there are so many shady and dark places, that every person, in whom the remnants of reason still have survived, will never appear in Shan Xi. This is a place where people live a difficult life, and die an easy quick death.

Mysterious, hidden from human eyes, the castle is known only to a narrow circle of elected persons and built deep in the crater of a huge volcano. It can not even be seen from the side and can only be reached by the monstrously dangerous path leading directly to the top of the volcano. The castle is one of the most sacred places, and the inhabitants will protect it even at the cost of their own lives.
‹
›
Home
View web version