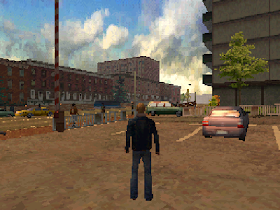 Genre: Action, Racing / Driving, Open world driving
Perspective: 3rd-person
Gameplay: Shooter
Narrative: Detective / Mystery
Published by: Ubisoft
Developed by: Velez & Dubail
Released: 2009
Platform: Nintendo DS (NDS)
The protagonist is a street racer, whom the police grabbed into their own hands, and now the former rider becomes a cop working undercover.
We are given an open world, mini-games, GTA-shny view from the 3rd person, non-linear storyline, where there is a choice of missions. Screenshots will explain what I mean.
In the game, a vast fleet of vehicles, which includes 32 cars and one boat, 9 weapons: a revolver, 2 pistols, 2 semi-automatic, 2 assault rifles, 2 shotguns. In the game there are also specials. Things that simplify the work of a policeman, namely: a laser microphone, a camera, an operation planning board and the like.
‹
›
Home
View web version