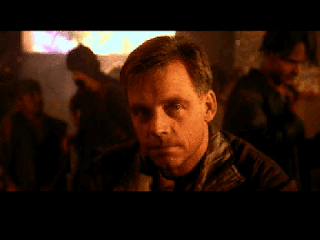 Before swap CD, save state to file, next CD, upload save state file.
Genre: Action, Simulation
Perspective: 1st-person
Gameplay: Shooter
Vehicular: Space Flight
Setting: Sci-Fi / Futuristic
Narrative: War
Published by: Electronic Arts
Developed by: ORIGIN Systems
Released: 1997
Platform: PlayStation (PSX, PS1)
The output of the fourth part of the series can only say that the plot of the game is very popular, and each new series is an improved continuation of the previous one. By the incident of the year after the release of the game Wing Commander III Heart Of The Tiger - it is still popular all over the world. And this is not surprising, given that the game is really interesting and made in a highly professional, typical for Hollywood, level. Therefore, the release of Wing Command IV The Price of Freedom does not cause much surprise.
So, what is the fourth part of the series? The same people worked on the game that they worked on the third part and they made an attempt to do something even more unusual, something that brought the players' recognition to the previous project. The plot, as before, was written by Terry Borst and Frank Palme, who are script writers and very well know their business and the Wing Commander universe in particular. The cast composition remained almost unchanged, but their game became noticeable better, which makes the Wing Commander IV even more like a great fantasy film (later a movie was actually made based on the game series).
"Price of Freedom" (this is the translation of the name of the fourth part of the game) - remained a game of star battles. She will take you to the Confederation's war, where you will deal with your old enemies - Kilrathi. But now your battles will be more interesting due to the increase in the number and types of weapons and due to improved maneuverability of ships. And the number of ships was increased. In addition, the cockpit of the pilots became more colorful, and the image of interstellar ships became more clear due to improved graphics, which creates an even greater visual depth compared to Wing Commander III.
Another difference between the Wing Commander IV and the Price of Freedom from the previous version is that now there are a lot more strategic elements in the game, and you will have to decide which ship to send to, who will fly with whom, who will be the slave and so on. The game has several missions, the success of which depends not only on how you fight, but also on the correctness of your choice.
‹
›
Home
View web version