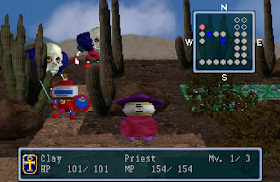 To get to the secret menu, start the game, and when "Mar Mode" appears - the menu with flags and map, press and hold ⇦, ⇨ and C. Flags should "freeze". Now press the joystick Up, Down, ⇦, . The screen should show a menu in Japanese. It consists of the following items:
‹
›
Home
View web version