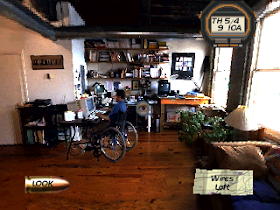 Switch "NVRAM Storage" to Shared and restart emulator. Before swap CD, save state to file, next CD, upload save state file, restart emulator.
Genre: Adventure
Perspective: 1st-person
Gameplay: Puzzle-solving
Narrative: Detective / Mystery
Published by: Studio 3DO
Developed by: iXL Interactive Excellence
Released: 1995
Platform: 3DO Interactive Multiplayer
Snow Job is basically an expression that denotes the manner of conducting a conversation, deceiving the interlocutor by deceiving him. In our case, this name was given to games for the game console Panasonic 3DO. Sex, drugs, striptease, armed bandits, with all this every day people in New York. We also have to face this in the game. We will play for Jock LaMonte, former police officer. At the moment, you live in New Mexico, when you find out that your ex-girlfriend Lara Calabreze - a well-known judge, is in the black list of the leader of the gang, nicknamed Snow Man.
You must in any way help Lara, and put an end to the gangs rampant in New York.
The very same game takes place according to the type of quest with inserts of FMV. You have the opportunity to watch, go and interact with objects and communicate with people. You can even climb the Internet on the World Wide Web.

The cursor (eye, mouth, hand and phone) is toggled with the L button. When the eye changes color, A button can describe the object on which the eye is pointed. If the cursor turns into two feet, then using A, you can go to the door or a similar passage pointed to by the cursor. To put back an object taken with A, use the B button. To approach the object, use R + Up.
C - view menu that allows you to use: a notebook with phone numbers, a wallet with a credit card, a dossier with clippings from newspapers, photos, etc. Items that you collect using your hand are added to this menu. The map should be used for travel around the city.
Numbers from the notebook can be dialed on the phone: sometimes you manage to get through and "talk", choosing from the appearing menu options for an answer. Using a computer, you can go to the Internet if you know the network address of the subscriber. A hacker network (HackNet) is also available.
Supertracker is a "tracer" that allows you to control where the person you are interested in is.
In-game hints:
Use the surfing icon on Wire's computer and put in ''http://www.daily.hint'' to get some help with the game.
More Money:
Use the Surfer Icon on Wire's computer and type in 'http://www.money.please' to get some more money.

Go to Wires (Wires - he sits at the computer) and talk to him, selecting the option "Why do you think Lara's in trouble?". Note the address "http://www.li.sound.org" on the computer.
Ask Wires: "You got that on the Internet?". It turns out that li.sound.org is the address of North Shore Marine Repairs, Inc. Ask now: "What is this Snowman?"
Find out from Wires where you can stay in New York (option "Where can I stay in New York?"). Wires will allow you to use his equipment and give the address of the electronics store (see on the map).
After completing the conversation, look at what lies on the right. This is a supertracker, it needs a battery. Explore other equipment.
Look at the newspaper for May 1. Wires will tell you about the newsstand, now it will appear on your map. Read the article about Juan Santos - Johnny.
Find in your notebook number of Bull Dozier - 555-6500. Call him (phone to the right of Wires), ask for cases on Deloro and Santos and find out the address of the bar (options: "Reestablish camaraderie", "Fish for information", "Ask for help", "Ask for Deloro file "," Ask for Santos file "). Bull will come there at "11:00 pm", i.e. at 23 hours.
At the kiosk, buy a fresh newspaper to find out more about Raul Gonsalves and Terry Fahn. Crosswords throughout the game allow you to learn passwords. Today's MARS password will allow you to decipher the message from http://www.li.sound. org, which you will get by logging into the Internet from Wires computer.
Camera Wires sell in the electronics store for $ 300. With this money, buy headphones and a battery. Order the lens.
In Bull's Bar, talk to a stripper, but do not pour it. Imagine yourself as Bull's friend. Ask what happened six months ago. ("You're here on business, remember?", "What happened six months ago?", "How'd you get out?", "Yeah, is he around?"). Bartender will pay 20 dollars.

Talking with Wires.
Take the suppressor from the table and replace the battery with it.
In the kiosk, buy a newspaper. Crossword allows you to find out the password - "HADES".
In court, talk to Lara. In her absence, take a token from the drawer of the table.
In poor neighborhoods three times in a row, beat the kid in the dice - and get valuable information about the murder of Santos.
In the cafe, talk to the waitress. After a tip of 10 dollars, she tells you that the car of one of the girls will arrive at half past.
In "Arcade" buy three tokens and try to win "Knockout". Remember the winner's name from the list. Using the Santos token, play "Fazer Tag". Look for the secret door, enter the name of the winner of the "Knockout".
From the table of the bandit, take a duplicate of the Santos token and a printout. Rise to the top.
At 12.30, the red "Sedan" will arrive at the "Arcade". Put the supertracker under the bumper, remember the number of the car. Inform him of Bull.By eight in the evening, go to the Central Park, where Lara meets her informer Skate. Help Lara run, explore the place of death of Skate and return to Lara.

Take Wires's microphone, spy camera and a super tracker. Do Bull find out the address of Dusty Connors.
At 12.30, again, "mark" the car at the "Arcade". Using a microphone, listen to the conversation on the second floor of a three-story building. Follow the car to the hotel marked with a shoe. Climb to the second floor. One of the rooms will be unlocked. Go out to the balcony and videotape a shot of Dusty's meeting with the bandit.

Password is "Rock". Show Lara in court all the finds, except for a duplicate of the Santos token. In a pizzeria, buy a special pizza on this counter and take it to "North Shore Marina". To the taxi driver pay in kind, you will be greedy on the way back.
Go to the dock, put the pizza on the refrigerator in the boatman's house. Take the ship's log. In the club, take a free newspaper.

Password will be "Ketch". In the maze of sewers near the "Arcade" look for the phone panel. It opens with a key from a secret room. Mount the black terminal of the teletype (listener) on any wiring, and touch the other terminals red.
When dialing a number, in each of the lines use four identical digits. Black circles denote non-existent numbers, orange - incorrect. By typing four green marks, you get the opportunity to eavesdrop.
At 6 pm, try to break into Howard and Fan's office in a three-story building. The lock code is as follows: on pink 1, on red - 2, on white - 3, on green - 1, on yellow - 2. on lilac 3. Keys from the bucket of the cleaner. Take the received fax. On the computer, create a picture and print all the information. Come out, you must put the keys back to their original place.
At 11 pm, after entering Bull's bar from the back door, take a magnetic badge and badge from the case in the kitchen. Throw a bandit, and then stun. In the street, run to the stairs. On the roof of the house, place the boards in such a way that Jock and Lara could move from the roof of one building to the roof of the other.

First talk to Lara and Wires. On the computer, view the floppy disk.
Go to Dusty Connors. In room 111, knock a police badge and pretend to be a policeman. Offer Dusty help, show her the film and ask you to take you to the mafia leader, Anthony Frost.
Get down, turn right. In the urn take the bag with the documents. Go back to Wires, tell Lara everything. She will name the code in her office (2591). On the way, buy in the electronic store RAM (RAM SIMM) for Wires. In the office from the box, get the keys to the office of Terry Fahn, get in there and open the cabinet with the safe. From the safe (code 741258) take the weapon and the key.
At the police academy, open one of the boxes with Fahn's key. Take your passport, money and video cassette. Then return to Wires' house.

Show Lara a listing of the telephone conversation and suggest intercepting drugs. When Lara calls, say that the meeting will take place on the same day and that the drugs will be loaded on the second Staten Island pier in 24 hours.
On the computer Wires use E-mail, use the icon with the image of the feet. Print a message from May 5 - the list of network passwords (fcoj, hippie01, alpine, policy, sorbonne, quetzalcoatl, magnacarta), or on May 6 (fontleroy, scarlet, saturn05, spacearray, johnpaul) and May 7 - current account number in the Geneva Bank (343491) and phone number (41-22-555-1001). Then turn off the computer. 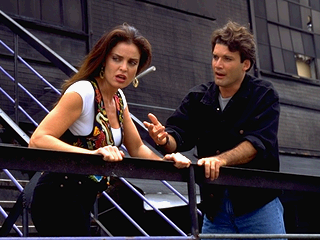 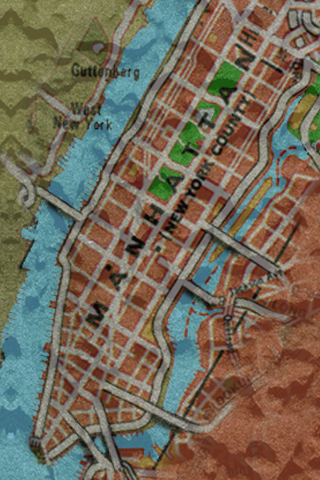